July 13, 2021
The good news is that demonstration of what God is accomplishing in spite of me.  It makes it the best news possible because it doesn't depend upon my right response. Even after Jesus told Peter he was going to deny Him, if faith then was built on his (Peter's) response, then he failed in faith! But Jesus had already told them, before He admonished them regarding "don't let your hearts be troubled", 'You're going to do this' (to deny Him, to forsake Him), 'this is going to happen , He didn't say "you might", He didn't say "you might".  "You will!" That's the beauty of the Gospel! We're troubled in every way! And yet God is still doing His work! We doubt Him, and God is doing His work, we may even deny Him and yet God is still doing His work , in us, through us, for us - bringing us to that glorious conclusion that "this is what I've (God has) done." And so we go in faith to the Word, and
Post a Comment
Read more

June 24, 2021
Speaking on James 1:14:  Temptation finds its strength and source from within ourselves. The brutal truth of our sin, personal sinning, is that it is all in and of ourselves - not only can't God be blamed, but no other (person or thing) can be blamed - it is sad to realize how many still trust the validity of their 'blame shifting' and then add an extra 'perimeter fence' of protection by no longer identifying sin as sin - sinners are encouraged by other sinners to find shelter in their being a victim. The process is ls illustrated by James as being , first, each person being tempted (tested to prove slavery to sin) by their own desire/lust (ἐπιθυμίας - passions, inner cravings and inclinations) - this process of temptation first "lures" (NASB has "carried away") - "lure" is a better descriptive word since it was used of luring a fish with bait and visuals.  Then they are "enticed" (another hunting/fishing term) and so are t
Post a Comment
Read more

Getting Over Yourself - By Dean Inserra 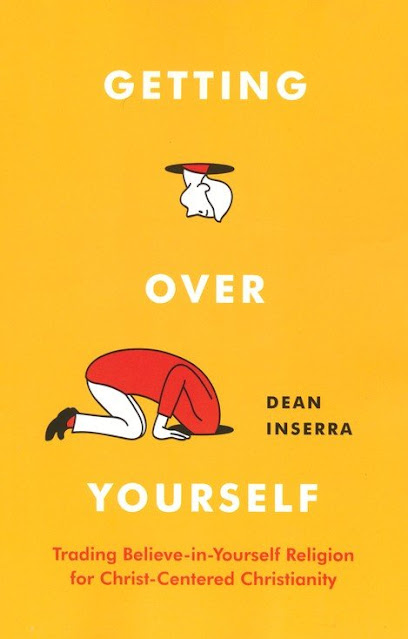 It's been a while since I've seen a book I wanted to review.  I was looking at the Moody Publishers Newsroom website and the title of this book caught my eye:  Getting Over Yourself: Trading Believe-In-Yourself Religion for Christ-Centered Christianity.   If I remember correctly, when I was looking at the preview of the book online the chapter titles were a big part of what convinced me that this would be a good read, Here's a little sample of them: 1.LOSERVILLE : Is Christianity for the Cool, Trendy, and Successful? 4. HASHTAG FILTER: The Promise of a Socially Approved Life 5. THIS IS SO BORING: The New Prosperity Cardinal Sin of Settling For The Mundane I love the title of Chapter 5, it's so true! The living a mundane life really does seem to be a sin in our age. It really looked like this guy had a lot of the same thoughts my dad (a pastor) has had on the state of modern 'Christianity', so I ordered the book. Of course, it turned out that the chapter titles
Post a Comment
Read more

April 17, 2021
The progress of Christianity has been confessedly tardy. From the places where first its light shone, the candlestick has been removed; and where now we speak of it as established, we are constrained to make the humiliating acknowledgment that nine-tenths of the profession is false. Our missions proceed also but slowly, indeed more slowly than we will allow ourselves to think; and though we hang upon the lips of the newly arrived missionary, and drink in with avidity the reports of each society, when we come in the moment of cool reflection to ask, what has been done? I say the answer is, but little. Nor is it from want of exertion: for never was there such a host of instrumentality brought to bear on the promotion of Christianity as of late years: and, without making the state of things worse than it really is, I yet say that the mind that would take for its data, on which to expect the speedy establishment of Christ's kingdom, the means now in use, and the success attending the
Post a Comment
Read more

January 27, 2021
When we turn from the restless entreaties and exhortations which fill the pages of our modern missionary magazines to the pages of the New Testament, we are astonished at the change in atmosphere. St Paul does not repeatedly exhort his churches to subscribe money for the propagation of the Faith, he is far more concerned to explain to them what the faith is, and how they ought to practice it and keep it.  The same is true of St Peter and St John, and all of the apostolic writers. They do not seem to feel any necessity to repeat the great Commission, and to urge that it is the duty of their converts to make disciples of all the nations. What we read in the New Testament is no anxious appeal to Christians to spread the Gospel, but a note here and there which suggests how the Gospel was being spread abroad: 'the churches were established in the faith and increased in number daily', 'in every place your faith to Godward is spread abroad so that we need not to speak anything&#
3 comments
Read more

Flight For Freedom by Kristen Fulton 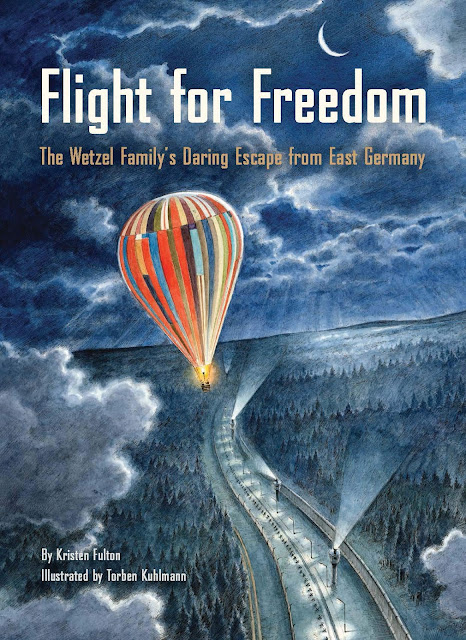 Several years ago my family and I watched the movie Night Crossing by Disney, about two families, living in the 1970s, who escaped from Soviet West Germany in hot air balloon.  I was looking around for any books about the escape and came across this account written for kids Flight for Freedom by Kriston Fulton is written giving a child's perspective.  Little 6 year old Peter Wetzel knows about the plan to try to escape East Germany in a hot air balloon.  He understands the seriousness of the situation as he watches his parents and the other adults plan and orchestrate the escape.   It is written quite simply, conveying the story simply enough for children to follow along. "Each morning when Peter woke, he expected to find proof that his parents were building a balloon. But, the house was exactly as it had been the day before.  Everything hidden.  Everything quiet.  Peter wondered if it had been only a dream.  Would he ever escape East Germany? Have a sleepover? Not be afrai
Post a Comment
Read more 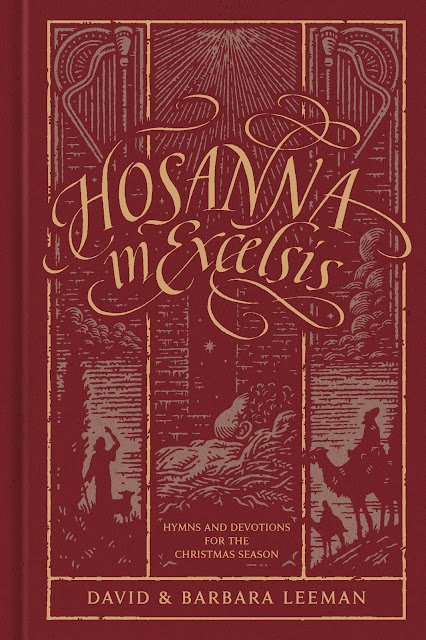 Hosanna in Excelsis by David and Barbara Leeman is a nicely bound book of Christmas carols with individual short histories of their composition and  contemplations of the message of the carols themselves.  There are many familiar carols, O Holy Night, It Came Upon a Midnight Clear, Away In A Manger…etc.  And some new ones.  The summarized biographies of the authors and composers were quite interesting too.  Sometimes the information was quite tantalizing, leaving you wanting to know more about the author, and for others it was more disappointing to hear the background, though in some cases discouraging.  "O Holy Night" has been a favorite carol of my family, but the background behind it was anything but inspiring ," Written by a man with little belief in the Christmas story, put to music by a nonbelieving Jewish musician, and translated by a liberal theologian….".   We of course, still really like the song, I suppose it just goes to show that you can have head knowl
Post a Comment
Read more
More posts

Dangerous Virtues: How to Follow Jesus When Evil Masquerades as Good
by John Koessler

Israel and the Church: The Origins and Effects of Replacement Theology
by Ronald E. Diprose

The Lexham English Septuagint: A New Translation
by Lexham Press

The Basic Bible Atlas: A Fascinating Guide to the Land of the Bible
by John A. Beck